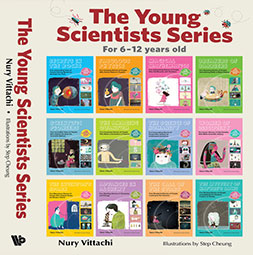 Does your child aspire to be a scientist? or better, an inventor?These people are often presented as old men in white coats, but this series shows that great discoveries have been made by people of all ages and culturessome are young people, and many are female. Grab your copy today, and may your child be inspired to be the next Einstein!